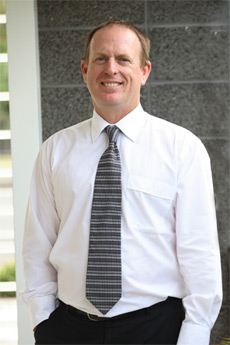 Doctor John Cosson is a highly skilled specialist trained in Oral and Maxillofacial surgery. He is a fully qualified surgeon and is registered with both the Medical and Dental Boards of Australia.

His clinical interests are wide ranging although he has a particular focus on trauma and reconstruction. He is a sought-after lecturer both locally and internationally where he teaches basic and advanced treatment of facial trauma, reconstruction and implants. His expertise was recognised in 2014 when Griffith University on the Gold Coast granted him the title of Associate Professor.

Doctor Cosson completed his Dental Degree at the University of Melbourne and his Medical Degree at Flinders University in Adelaide. He then went on to complete a Fellowship in general dentistry with the Royal Australasian College of Dental Surgeons, and a specialty Fellowship in Oral and Maxillofacial Surgery at the Royal Brisbane Hospital in Queensland. Before setting up his own practice, he trained in New Zealand and Edinburgh, and he specialises in all aspects of oral surgery, oral pathology and facial trauma.

Doctor Cosson is an active member of the Australian and New Zealand Association of Oral and Maxillofacial Surgeons (ANZAOMS) and was awarded Presidency in 2016 for two years having previously held the position of Vice-President.

He has fully equipped private rooms at Benowa on the Gold Coast and at Tweed Heads, where patients can be treated for many conditions under local anaesthetic. For more extensive procedures requiring general anaesthesia, Dr Cosson performs these in the major private hospitals on the Gold Coast and Tweed Heads, where he is also the on-call surgeon for oral and maxillofacial issues.

Since qualifying as a surgeon in 2004 Doctor Cosson has treated many patients, performing a wide range of procedures.